When God Became a Man

Isaiah 7:14b Therefore the Lord Himself will give you a sign: Behold, the virgin (Almah) shall conceive and bear a Son, and shall call His name Immanuel.

It was customary during the writing of the Old Testament that upon the birth of a baby, the naming of that child was related to his future character and destiny. By Isaiah predicting that this child would be born of a virgin and He would be called Immanuel, it is clear that the Holy Spirit was revealing that the Messiah would be God Himself, dwelling in the body of a human being.

In case there was any doubt as to the correct translation of the word Immanuel, the angel who comes to Joseph, describes Jesus as being conceived by the Holy Spirit and also: God with us.

Matthew 1:21-23 And she will bring forth a Son, and you shall call His name JESUS, for He will save His people from their sins.”So all this was done that it might be fulfilled which was spoken by the Lord through the prophet, saying: “Behold, the virgin shall be with child, and bear a Son, and they shall call His name Immanuel,” which is translated, “God with us.”

In context with the angels announcement concerning the birth of the Messiah, he tells Joseph that this child will be born for the express purpose of saving His people from their sins. Therefore, since only God could orchestrate such a redemption (being sinless and a life of infinite value), the child will be called Immanuel, meaning “God living with us.”

Why the Messiah must be God living within the body of a man: See Prophecy 20 and Prophecy 21.

In one additional location, Isaiah uses the term Immanuel, once again, where he translates the meaning for us. This verse from Isaiah 8:8-10 speaks of the Messiah as reaching up to the neck. This is a Hebrew idiom used to describe the Messiah as the head over Judah. Since we know that Jesus is from the tribe of Judah, this verse not only indicates that the Messiah will be God dwelling within the body of a man (God with us), but we can also identify Him by the tribe He claims to be from—Judah.

Paul wrote in the Book of Hebrews—that a body was prepared for the Messiah—for the specific purpose of entering human history at a determined time. He came to live amongst us, to be one of us, so as to be qualified as the Savior of the world.

Hebrews 10:5 Therefore, when He came into the world, He said: “Sacrifice and offering You did not desire, But a (human) body You have prepared for Me (God).”

The Messiah must also be a human being

The importance of the Messiah being a man cannot be overstated.

1. God could not simply die for our sins; He must first be made one of us.
2. Only a fellow human being could act as the Savior of all other human beings.
3. Our Savior must Himself be perfect and without sin and have a life of sufficient value to redeem all other human lives.

The Book of Ruth illustrates how this is possible by the establishment of the kinsman redeemer (Prophecy 47). In this wonderful story of redemption, we see that only a close relative can redeem someone from their own family.

According to Hebrew law, the inheritance of land passed from father to son, not to the wife or daughters. If the husband and all his sons died, the land and thereby the family, could only be saved or redeemed if a close relative would marry the wife of the deceased relative, or her daughter.

How the land was lost

During the time that the Judges ruled in Israel, there was a great famine. A man by the name of Elimelech, from Bethlehem, took his wife Naomi and their sons Mahlon and Chilion and moved to the nation of Moab. In opposition to the law of God, both of Elimelech’s sons married Moabite woman. Mahlon marries Ruth and Chilion marries Orpah.

Tragedy strikes the family of Elimelech as he dies, followed by the death of both his sons. Naomi, the wife of Elimelech, decides to return to Bethlehem where she might find help to sustain her life through Elimelech’s family. As she is about to depart Moab, Naomi instructs both of her Daughters-in-law to go back to their families in Moab and seek remarriage since it would be impossible for either of them to find a new husband in Bethlehem. No Jew would intermarry with a woman from Moab.

Orpah reluctantly departs for her family, while Ruth tells Naomi that she will go with her to Bethlehem and make “your people, my people, and your God, my God.”

Naomi and Ruth travel back to Bethlehem during the spring barley harvest. In order to find food to live, they make use of a Hebrew law that allowed a widow to glean the fields which have already been harvested for their crops.

How the land was redeemed

The field where Ruth comes to harvest belongs to a man called Boaz, who is apparently the nephew of Elimelech, the wife of Naomi. Boaz has heard of the devotion of Ruth to Naomi and her desire to become a part of the God of Israel. In response to her faithfulness, Boaz treats Ruth with great kindness. In due time, they fall in love.

Boaz then turns to the elders who had assembled to witness this transaction and proclaims that they are witnesses of his marriage to Ruth and the redemption of the property which belongs to the family of Elimelech.

How this event became a part of the Messiah’s redemption of all people:

A son is born to Boaz and Ruth called Obed, who is the father of Jesse, the father of David, the king of Israel. This transaction of redemption by a near relative, places Ruth in the genealogy of David and eventually Jesus. As the Messiah and redeemer of all human beings, Jesus was able to save us all because He is one of us.

Ruth 4:1-9 Boaz went to the town gate and took a seat there. Just then the family redeemer he had mentioned came by, so Boaz called out to him, Come over here and sit down, friend. I want to talk to you. So they sat down together. 2 Then Boaz called ten leaders from the town and asked them to sit as witnesses. 3 And Boaz said to the family redeemer, You know Naomi, who came back from Moab. She is selling the land that belonged to our relative Elimelech. 4 I thought I should speak to you about it so that you can redeem it if you wish. If you want the land, then buy it here in the presence of these witnesses. But if you don’t want it, let me know right away, because I am next in line to redeem it after you. The man replied, All right, Ill redeem it. 5 Then Boaz told him, Of course, your purchase of the land from Naomi also requires that you marry Ruth, the Moabite widow. That way she can have children who will carry on her husbands name and keep the land in the family. 6 Then I cant redeem it, the family redeemer replied, because this might endanger my own estate. You redeem the land; I cannot do it. 7 Now in those days it was the custom in Israel for anyone transferring a right of purchase to remove his sandal and hand it to the other party. This publicly validated the transaction. 8 So the other family redeemer drew off his sandal as he said to Boaz, You buy the land. 9 Then Boaz said to the elders and to the crowd standing around, You are witnesses that today I have bought from Naomi all the property of Elimelech, Kilion, and Mahlon. (NLT)

See Prophecy 47 for the entire story of the Kinsman Redeemer.

The Book of Ruth establishes this principle that only someone who is our close relative can redeem us. This is why God became one of us in the person of Jesus Christ, and therefore was able to be our Kinsmen Redeemer.

Secondly, the recovery of the land by Boaz as a Redeemer, is a close parallel to what was accomplished by Jesus when He came to redeem the earth which had been lost to satan in the Garden of Eden (See Principles of Rulership). In the Book of Revelation, chapter 5, we see Jesus taking a scroll from the hand of the Father who is sitting on the throne of God in heaven. This scroll is likely the Title-Deed to the earth, as all contracts that dealt with the redemption of property were sealed in this manner. Beginning at chapter 6, Jesus breaks open the first seal of the scroll and begins to fulfill the requirements contained therein for redemption of the earth. Upon the completion of all seven of these requirements contained in this scroll, the earth is redeemed and described later in the Book of Revelation as The kingdoms of this world have become the kingdoms of our Lord and of His Christ, and He shall reign forever and ever. —Revelation 11:15

In Isaiah’s prophecy of Immanuel—God with us, he is alluding to the promise that the Messiah will be a close relative, as a human being—“like us.” In this fact, we see the importance of this 165th prophecy. Jesus is described in John Chapter 1, existing as God, before His birth at Bethlehem, and He will continue to be God for all of eternity. It was at His incarnation 2,000 years ago that God became one of us and then died for our sins. Without Jesus taking the permanent body of a man, there would have been no possibility for any person to be saved.

Consider what a great sacrifice it was for the living and eternal God to permanently become a man. Imagine what it was like for the God of the whole universe to set aside His glory and allow sinners to viciously murder Him. Jesus experienced death, which was impossible for the eternal Spirit of God. Although Jesus was perfect and Holy, forever—for us, He willingly became sin—taking all of our transgressions upon Himself.

2 Corinthians 5:21 For He made Him who knew no sin to be sin for us, that we might become the righteousness of God in Him.

Isaiah speaks of the Messiah who will arrive under the impossible reality of a virgin birth, live amongst us as a man, and then die for all of us to take away all of our sins. 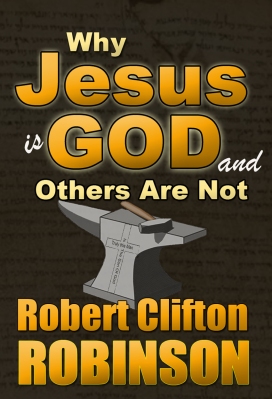 ‹ The “Almah” of Isaiah 7:14, is a Virgin
The Purpose and Function of Jesus Church ›

Categories: God with us, Jesus is God, Ruler of the Universe, The Claims of Jesus, Virgin Birth

Tags: Almah, Born of a virgin, Immanuel God with us, Kinsman Redeemer, Naomi, Ruth, Ruth and Boaz, When God becomes a man