Were The Four Gospels Written Anonymously?

If you read the comments of liberal New Testament scholars, you will notice that they often say the four Gospels were written anonymously. These scholars often state many reasons for why they think this is true, while never offering any… Read More › 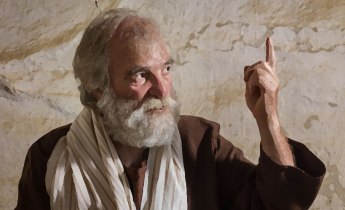 Has The Text Of The New Testament Been Changed?

Were The Gospels Written By Eyewitnesses?

In the 27 letters of the New Testament, we have the greatest surviving written testimony of antiquity that has ever been recorded for one person. Contrary to critics who seek to impugn the reliability of the authors for the New… Read More ›

When Were The Gospels Written?

When the synoptic Gospels of Jesus Christ were written is of paramount importance. Liberal scholars assert that they were written late in the first century by non-eyewitnesses. If this is true then the entire premise of the New Testament is… Read More ›

Origin of the Universe ›

Slavery in the Bible ›

The Crucifixion of Jesus ›

The Existence of God ›

Those who stop believing ›

You Are My Witnesses ›