The Existence Of God

Proving The Existence Of God From Evidence

Atheists and critics of God and the Bible often assert that there is no provable evidence for God. In broad terms, anytime a person makes a general statement that includes the words “no evidence,” the credibility of that statement is in doubt. In order to truthfully state that there is no evidence, a person must have seen all of the evidence that exists for God in the world. Since it is not possible that anyone has seen all of the evidence that exists, it is impossible for any person to conclusively state that God does not exist. At best, all that an honest person can say is they don’t know if God exists.

In my 44 years of research through interviewing nearly one thousand atheists, I have found that rarely are there individuals who have actually conducted personal study into the available evidence that exists to prove God.

What I have found is that most atheists really don’t know if God exists by their own research; they rely primarily upon the information provided by other atheists. I found this manner of investigation quite disingenuous. When I began my own exploration into the true facts of whether God exists, I looked at both sides of the discussion and the evidence both atheists and theists have presented. I genuinely wanted to know the truth and I determined that I would not allow my own bias or the biases of those who defended each position, to influence my own conclusions. I followed the evidence to its natural conclusion, and a Being was the only logical and reasonable reason for why the universe exists. I explored all the major religions of the world and found one that was more intelligently presented, due largely to its singularities in presenting evidence that is credible and comes from extraordinary historical sources.

Proving The Existence Of God

The general consensus that miracles are not possible and therefore the Bible cannot be true, is a preposterous proposition. Simply because man doesn’t understand how certain processes or events have taken place in the universe, does not mean they are impossible.

The idea that anything which appears as miraculous is contrary to the physical laws of the universe is incorrect. It is certain that there are aspects of physics, which are currently not understood, that could explain the supernatural events described by the four gospels as properties within the laws of physics.

The physical laws of the universe do not define the outcome of events, only they manner in which they must occur. When Jesus raised Lazarus from the dead, he still died later. Jesus did not violate the laws of physics He simply displayed His ability to suspend these laws for a moment in time.

What we find when we really study the text of the Bible is that sickness, suffering, and death were not a part of the original creation of God. Sin interrupted this perfection and caused our physical world to take an unnatural course. All that Jesus did in healing and raising the dead was to suspend the present law of sin and death for a time in order to demonstrate His credentials as the Creator of all that exists.

In scientific examination of the universe, we have knowledge today that many of the first processes the caused the commencement of the universe and its extraordinary expansion that produced stars, galaxies, planets and people, cannot be explained by natural processes. There is no natural process that could have produced the perfect balance of gravity and electromagnetism at one zeptosecond into the commencement of the universe. The precise balance of these two crucial elements must have been known before the universe began, and the process which caused their formation and balance, was precisely controlled.

Evolution and natural processes, are not capable of advanced knowledge and calculated outcomes. Only a thinking being with a mind that understands necessity, outcomes, and consequences, is capable of such feats of creation.

There are 209 of these fine-tuned physical constants that exist in our universe. Each one is precisely set to a specific balance. If any one of these constants are altered even slightly, within a tolerance a small as 1 part in 10^15, earth and human life would cease to exist.

Someone set these parameters because they knew they were necessary—before the universe began. These are the scientific facts of our universe that are observable and provable. All other theories of other universes and natural process, cannot be scientifically proven.

There is no evidence that proves our universe came into existence by an evolutionary process. In fact, evolution could never achieve the processes that we have observed at the conception of our universe. This leaves us with only one other alternative: the universe was caused purposely by a Being with the intelligence necessary to direct such a result.

However you might think of God in your own mind, the Being who likely created the universe we inhabit, was not much different from ourselves. He merely has far greater knowledge than we do, and with this knowledge, the ability to create worlds and people.

See The Page: Evidence For God

In my professional opinion as one who was a former atheist 45 years ago, the evidence to prove God is quite overwhelming. The problem is that uniformed persons often do not know there is evidence, or they are unwilling to accept the evidence that is presented. God can be empirically proven from three primary sources: The universe, The text of the Hebrew and Greek Scriptures, and The historical record.

This website contains nearly 3,000 essays that document the evidence for these three primary proofs for God and allow the reader to possess sufficient knowledge to make an informed decision that God must exist.

The above three proofs, are supported by empirical evidence, which is documented in the articles in the remainder of this page:

Evidence From The Universe

Evidence From The Bible

The Need For Salvation

Why The Bible Teaches One Way To Heaven 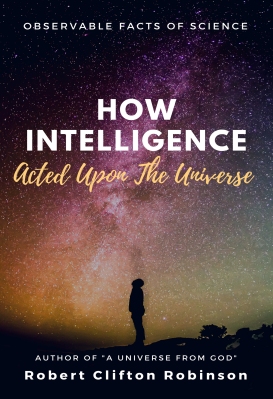