Home › Reliability of the New Testament › Archeological Confirmation › What Caused the Earth to Grow Dark at Noon–During Jesus Crucifixion?

What Caused the Earth to Grow Dark at Noon–During Jesus Crucifixion? 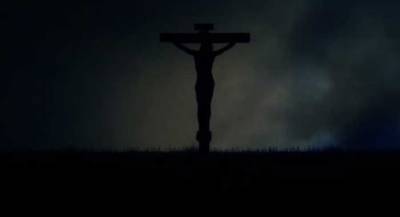 Luke 23:44-45 Now it was about the sixth hour (noon), and there was darkness over all the earth until the ninth hour. Then the sun was darkened…

Imagine the entire earth growing completely dark at noon and remaining in darkness for three hours. Of course in some parts of the earth, it would already be dark. This prophecy is applicable to those places on earth that would normally experience daylight, suddenly being covered in deep darkness. At the suffering and death of Jesus, the earth would be covered by the same darkness that was poured into Jesus as He became sin for us, so that we might become the righteousness of God in Him.

2 Corinthians 5:21 For He made Him who knew no sin to be sin for us, that we might become the righteousness of God in Him.

As Jesus is made sin for us, the earth lays in darkness while He suffers and dies. It is as if the whole planet has been put on notice that—had Jesus not come to lay down His life and remove all our sins, this planet would have remained in darkness forever.

Darkness is often used in the Bible to indicate judgment by God.

Darkness was one of the plagues that God put upon Egypt as a result of Pharaoh’s unwillingness to do as God had commanded him.

Darkness was upon the earth, in Genesis 1:2—a sign of some previous judgment of God. (see Prophecy 211)

This Darkness which is recorded in all four gospels is reminiscent of the prophecy in Amos, which appears to be predicting this same event.

Amos 8:9 “And it shall come to pass in that day,” says the Lord GOD, “That I will make the sun go down at noon, And I will darken the earth in broad daylight…”

The fact that the Bible could predict an astronomical event that would occur at a specific date and time, is staggering to comprehend. God not only caused this darkness to occur, He planned it ahead of time. In this case, the Lord predicted the phenomenon of darkness at noon, more than 600 years in advance of its manifestation.

Even more significant is a comment made by the prophet Amos a little further in Amos 8:10

Amos 8:10 I will turn your feasts into mourning, And all your songs into lamentation; I will bring sackcloth on every waist, And baldness on every head; I will make it like mourning for an only son, And its end like a bitter day.

What was this event from an astronomical or scientific point of origin? Was there an eclipse which occurred from noon till three p.m? Did God simply diminish the sun’s light from reaching the earth during this time? If so, by what means? God often uses naturally occurring events to bring about His will or His plan. We see this in the long day of Joshua where the sun stopped moving for an entire day.

Joshua 10:12-14 Then Joshua spoke to the LORD in the day when the LORD delivered up the Amorites before the children of Israel, and he said in the sight of Israel: “Sun, stand still over Gibeon; And Moon, in the Valley of Aijalon.” 13 So the sun stood still, And the moon stopped, Till the people had revenge Upon their enemies. Is this not written in the Book of Jasher? So the sun stood still in the midst of heaven, and did not hasten to go down for about a whole day. 14 And there has been no day like that, before it or after it, that the LORD heeded the voice of a man; for the LORD fought for Israel.

In April of 1940, a medical doctor by the name of Immanuel Velikovsky first postulated the idea that some great catastrophic event had taken place in earth’s distant past that had disrupted the earth’s rotation and affected the atmosphere in causing phenomenon never before seen.[1]

Dr. Velikovsky’s theory was developed as a result of the Exodus story of Israel from Egypt, when the ten plagues occurred that are described in the Book of Exodus. Dr. Velikovsky postulated the theory that earth had come into close contact with the planet Venus during the time of the Exodus. The strange events which are described by the Bible that occurred during the Exodus and even fifty years later in the long day of Joshua, were the results of this near contact. The parting of the Red Sea, the Ten plagues, the eruption on Mt. Sinai, even the pillar of fire and cloud, all attributable to this close encounter with Venus. As Dr. Velikovsky widened his search for similarly recorded events in other places around the world at that time, he was stunned to discover that even the Egyptian record indicates similar astronomical events.

Dr. Velikovsky reconstructed the history of middle eastern cultures using the possibility that a near miss by Venus had orchestrated many events around the earth at the same period of time in history. He titled his first book: “Ages in Chaos.” [2]

It was not until Velikovsky was reading the Old Testament account of the long day of Joshua that he noticed meteorites occurring before the sun stood still in the sky. As Venus had been drawn close to the earth by its gravitational power, a shower of meteors rained down on the earth, slowing the rotation of the earth from 1,000 miles per hour to near zero, for a period of an entire day. The events which are described in the Exodus from Egypt happened just fifty years before and were also likely linked to the approach of Venus to earth. Writing his second book, “World’s in Collision,” Dr. Velikovsky documents the occurrence of these events described in the Bible, with astronomical counterparts which took place between Earth and Venus.

Albert Einstein was reportedly very interested in Velikovsky’s theories and when Dr. Einstein died, a copy of “World’s in Collision” was found on his desk. Immanuel Velikovsky died in 1979.[3]

Whatever the events were, which took place at the time Jesus was crucified which caused the sun to be obscured and darkness to be over the entire land for three hours, this event was predicted by Isaiah in this 220th Old Testament Prophecy and fulfilled by Jesus in the New Testament. For an in-depth study on the subject of darkness over the earth during Jesus’ crucifixion, please see Prophecy 327.

See Also: “The Darkness at Noon During Jesus Crucifixion is Confirmed by Secular Historians”

‹ After Death, There is No Second Chance of Salvation
When God Learned ›

Tags: Albert Einstein and Velikovsky, Amos 8:9-10, Close encounter with Venus, Darkness at Noon, Darkness from 12-3 pm, Events surrounding the Crucifixion of Jesus, I will make the sun go down at noon, Immanuel Velikovsky, Like mourning for an only Son, World's in Collision