Home › New Testament Criticism › Anonymity of the Four Gospels › Why Is Luke 9:55-56 Not In Some Translations Of The New Testament?

Why Is Luke 9:55-56 Not In Some Translations Of The New Testament? 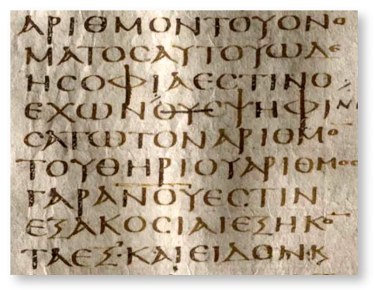 One of the common arguments put forth in modern New Testament Criticism, is the assertion of discrepancies and inconsistencies caused by textual variants. When we examine these alleged difficulties we often find they are nothing more that minor problems that are easily explained. Modern New Testament atheist scholars frequently use these inconsequential difficulties to assert that the text of the New Testament is unreliable. In fact, these places in the New Testament where we find added commentary, or differences between the texts of the four Gospels, prove the text is reliable.

How Forensic Evidence Proves The New Testament Is Historical And Reliable

In a manuscript of antiquity that is truthful, we would expect that in multiple witnesses who see and hear the same events, each witness will remember specific details that others will not include. This is forensic evidence of truthful testimony in examination of written texts.

In Luke’s Gospel, chapter 9, beginning at verses 55-56 in the KJV, and NKJV, we find text that is not in a majority of extant New Testament manuscripts. The additional text is:

“55 But He turned and rebuked them, and said, “You do not know what manner of spirit you are of. 56 For the Son of Man did not come to destroy men’s lives but to save them.” And they went to another village.”

In the ESV, NLT, and other modern translations, this text is not included. Why?

In order to understand this addition, we must examine the context of what the disciples of Jesus are saying to Him before this text appears.

In the NLT version of this text, we find the following:

51 As the time drew near for him to ascend to heaven, Jesus resolutely set out for Jerusalem. 52 He sent messengers ahead to a Samaritan village to prepare for his arrival. 53 But the people of the village did not welcome Jesus because he was on his way to Jerusalem. 54 When James and John saw this, they said to Jesus, “Lord, should we call down fire from heaven to burn them up?” 55 But Jesus turned and rebuked them. 56 So they went on to another village. ~Luke 9:51-56 (NLT)

This shorter version, excluding the text: “You do not know what manner of spirit you are of. 56 For the Son of Man did not come to destroy men’s lives but to save them,” is found in the extant manuscripts of P45 from 250 AD, and P75, from 200 AD.

Four of the oldest translations of this text, Vaticanus, Sinaiticus, Alexandrinus, Ephraemi Receptus, from the fourth and fifth centuries, do not contain this additional texts.

In Codex Bezae from near 400 AD, this manuscript has a unique reading that contains half of the additional texts found in the KJV and NKJV.

There are a few early manuscript copies written in Latin and Syriac, in which this additional, longer version is included, as well as a majority of all Latin manuscripts, have the entire longer version of this text. This explains why this additional made its way into the KJV and NKJV versions. These translations relied heavily upon the Latin versions of the New Testament.

The primary questions that should be addressed concerning this additional texts is:

First, it is highly likely that this additional text was merely an editorial comment made by someone who wrote this text in the margin of the manuscript. It was not intended as an alteration of the text, and it does not harm the meaning of what Jesus said to His disciples. In fact, this addition adds clarity to what Jesus said by defining the attitude of John as incorrect, forgetting who Jesus is and why He came to earth; to seek and save what was lost, not destroy the lives of people.

If you examine many of the twenty-plus personal Bibles I have in my library, you will see that I have written thousands of personal observations and commentaries in the margins and blank spaces of my Bible. I did this to remind myself of an important point that is made in the texts, not to alter what was first written.

In many of the translations of the New Testament, we find there are modern words or phrases that are added, considered textual variants, which are nothing more than the usage of words that are easier to understand for that particular time in history.

Many people do not read the Bible because they pick up a King James Version that has many older words and phrases that are difficult for the average person to understand. When they are given a New Living Translation, suddenly the Bible comes alive, and its meaning becomes clear.

In my own personal studies of the Bible I make use of the original Hebrew, Aramaic, and Koine-Greek texts. I use the languages that the Bible was first written in for a deep study of the texts. For a casual reading, and to get the context of the scriptures, I use the NLT every day.

I have never found in the modern translations of the Bible that the primary meaning or purpose of any singular texts, has been lost by the modern translations. In fact, just the opposite occurs. Even as a scholar who has studied the Bible for 46 years and written commentary on the entire Bible, the NLT, is my go-to texts as a first reference. I find that using a modern translation helps me in gaining knowledge about what is really being said in the texts, before I dive into a deeper search of the original languages.

If scholars can understand and make use of these modern translations today to help them understand the original intent of the texts from the Bible, isn’t it possible that people in centuries past, did the same thing? Of course.

When we see additions to certain texts that are not in a majority of the surviving New Testament manuscripts, these additions are due to personal observations, notes, and commentary, written by readers during that particular time of history.

We can easily determine what the original texts said, by examining the total number of extant manuscripts. When we find textual variants that are nothing more than different words that mean the same thing—using a modern word instead of an ancient word—these changes enhance our understanding, they do not detract or change the meaning of the texts in most cases.

In every examination of a textual variant in the extant New Testament manuscripts, not one of these alleged changes or variants alters the overall, primary narrative of Jesus’ life, death, or resurrection.

The allegations, assertions, and posits of critical atheist scholars, is a ruse used to try and impeach and impugn the texts as unreliable. Not one of the alleged textual variants alleged by atheist scholars, causes the texts of the New Testament to be in doubt as to its truthfulness, reliability, or accuracy regarding the events that took place concerning Jesus of Nazareth. 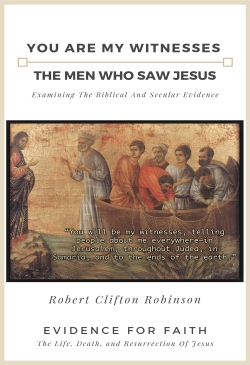 Like Loading...
‹ The Errors Of Modern New Testament Criticism
The False Narrative Of Morality Apart From God ›