Home › Robert Clifton Robinson › Jesus Dying For Us Was An Eternal Plan, Engineered Before Anything Existed

Jesus Dying For Us Was An Eternal Plan, Engineered Before Anything Existed 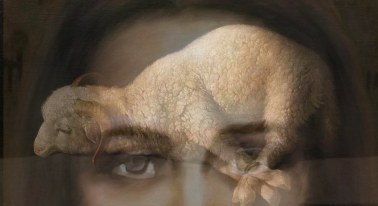 You might be surprised to learn that God’s love for you did not begin when you decided to believe in Him. Long before you were born, before the earth or the first planet was formed, Jesus was in love with you.

He shall see the labor of His soul, and be satisfied. By His knowledge My righteous Servant shall justify many, For He shall bear their iniquities.1

This prophecy from Isaiah 53 is a revelation that God saw ahead of time, what the outcome of Jesus’ death for you and I would be, and this satisfied Him.

“Now My soul is troubled, and what shall I say? ‘Father, save Me from this hour’? But for this purpose I came to this hour.”2

Pilate therefore said to Him, “Are You a king then?” Jesus answered, “You say rightly that I am a king. For this cause I was born, and for this cause I have come into the world.”3

Jesus Knew What Would Happen

Jesus knew, ahead of time, all things that were going to transpire regarding His death and resurrection. He had determined every event before He created the first man on the earth. The plan of salvation for all people was not an afterthought for God; it was the first thing He considered when He determined to create us.

From eternity, God had already known everything that would take place and every act He was going to accomplish. This is what makes the Lord—God: the fact that He knows everything and there is nothing He must learn.

“Known to God from eternity are all His works.5

The preeminent purpose of all Bible Prophecy is to demonstrate, in the realm of linear time, that God has already seen all the events that will take place. When He speaks, He does so as if all the events He describes had already transpired. In eternity, nothing is future; everything has already happened. When God speaks of future events, they are only future for those who live on the earth. For God, everything in all of time is already complete. No event is outside the knowledge of God. He is not predicting the future when He speaks a word of prophecy. He is simply describing what has already taken place.

…God, who gives life to the dead and calls those things which do not exist as though they did.6

A large part of God’s plan in allowing Jesus to suffer for the sins of the world was His desire to achieve a righteous basis to forgive our sins. The pronouncement of God was that the soul who sins will die.

In order for God to be seen as Just, He must punish sin by the death of the guilty. In making our salvation a reality, God did not overlook our sin; He punished them just as He promised. This was accomplished by a provision in the law of God whereby an innocent person could take the penalty for the guilty, and thereby set the offender free.

If the animal you present as a burnt offering is from the herd, it must be a male with no defects. Bring it to the entrance of the Tabernacle so you may be accepted by the Lord. Lay your hand on the animal’s head, and the Lord will accept its death in your place to purify you, making you right with him.8

The law of God allowed the substitutionary death of someone whose life was perfect and had sufficient value. This sacrifice had to be a male, without blemish (sin), and offered of his own free will. Jesus met all of these strict requirements. Some of the many stipulations God had made for an acceptable sacrifice are described throughout the Old Testament. Jesus met all of these demands:

Jesus met all of the requirements of God’s law for the substitutionary death of the guilty, and therefore He was allowed to offer His life in exchange for ours. By successfully completing the plan of salvation for all people, Jesus fully vindicated God and showed all creation that God is Loving, Merciful, and Just.

He shall see the labor of His soul, and be satisfied.9

The labor of His soul was to die for every sin, for every person, for all time. How many sins did Jesus pay for on the cross? The obvious answer is He paid for them all. Taking a reasonable approach in estimating the number of sins Jesus died for, I formulated the following example:

There are various and many estimates for the number of people who have lived on the earth since Adam. A conservative number would be 110 Billion.10 Taking into account the Bible’s estimation of human sin as being constant and without end, at about 50 per day. Allowing for sickness, disease, famine, war, and lower life expectancy for human beings after the flood of Noah, a conservative life expectancy of about 50 years, I estimate that the total number of sins committed by all human beings since Adam—approximately 100 Trillion, 375 Million.

When Isaiah describes the labor of His soul, it was the knowledge that Jesus would bear these trillions of sins, that was His great burden at the cross. Could any of us imagine the stress, anxiety, and fear Jesus was experiencing as He contemplated what this would feel like?

The story of Jesus’ crucifixion began at the Garden of Gethsemane, where Jesus often went to spend time alone with the Father.

Then Jesus came with them to a place called Gethsemane, and said to the disciples, “Sit here while I go and pray over there.” And He took with Him Peter and the two sons of Zebedee, and He began to be sorrowful and deeply distressed. Then He said to them, “My soul is exceedingly sorrowful, even to death. Stay here and watch with Me.” He went a little farther and fell on His face, and prayed, saying, “O My Father, if it is possible, let this cup pass from Me; nevertheless, not as I will, but as You will.” Then He came to the disciples and found them sleeping, and said to Peter, “What! Could you not watch with Me one hour?”14

It was at Gethsemane that Jesus’ suffering began

And being in agony, He prayed more earnestly. Then His sweat became like great drops of blood falling down to the ground.15

Only Luke, the physician, records this event.

The phenomenon of sweating drops of blood is called Hematidrosis. Tiny capillaries in the sweat glands break open and mix blood with sweat in moments of intense stress.16 What was the element of Jesus’ contemplation in the Garden of Gethsemane that caused Him such great anxiety, that He sweat great drops of blood?

It certainly appears, from the account of the New Testament, that it was Jesus’ knowledge that all the sins of all people for all time would be poured into Him, that caused Him the greatest suffering. As God, Jesus had never experienced sin. He had never been separated from the Father at any time.

Becoming our sins, in order to pay the penalty for them, would require both His intense suffering for our sins but also a separation from the Father, as their fellowship was broken. This had never occurred during the entire existence of God. Consider that God has no beginning; He has always existed. In this moment on the cross, when Jesus became our sins, something changed the fellowship of God, forever.

May I say, we cannot comprehend the intensity nor severity of these two aspects of Jesus’ suffering. It is certain that there has not been any cumulative suffering, in all the history of man, that can compare to the suffering Jesus endured during His six hours upon the cross.

It is my opinion that should God show us this suffering, the horror would consume us and we would cease to exist forever.

“For God made Jesus who knew no sin to be sin for us, that we might become the righteousness of God in Him.”17

More horrific for Jesus than the terror of the cross was the fact that for the first moment in eternity, He would be separated from the Father. As Jesus took all of our sins, the Father could no longer have fellowship with the Son. This was why Jesus cried out from the cross: “My God, My God, why have You forsaken me?”

At that moment, Jesus became our sin, and His eternal fellowship with His Father was broken. It was not until our sins were fully atoned for by Jesus’ death, and He rose from the dead on the third day, that the Father and Son could once again enjoy the fellowship they had experienced for all of eternity past. As Jesus rose from the dead, His former relationship with His Father was restored.

In the Garden of Gethsemane, on the night Jesus was arrested, He asked the Father if there was any other way our salvation could be secured except that He should “drink from the cup” of all our sins and bear them on the cross.

Jesus…saying, “Father, if it is Your will, take this cup away from Me; nevertheless not My will, but Yours, be done.”18

The cup Jesus was referring to was the fullness of all our sins. When Jesus agreed to drink from this cup, He understood that He was going to take our sins from us, and they would become His. The reality of that moment terrified Jesus much more than the thought of actually going to the cross. While on the cross, all of God’s wrath that had been stored up since the first sin would be poured out upon Jesus. If my calculations are correct, then Jesus took upon Himself over 100 Trillion sins.

And Jesus Himself, in His death, is the action that removed our sins, and not for ours only but also for the whole world.19

In this, we understand that as Jesus was made sin for us, the wrath of God against this immense number of sins was incalculable. Jesus bore the full judgment of God for all the sins of the world. In doing so, He enabled those who would receive His death, as the payment for their sins, were be acquitted by God and remain perfect forever.

According to this prophecy from Isaiah 53:11a, Jesus saw this great labor of His soul in bearing and becoming all of our sins, and it satisfied Him. Why? Because, in doing this, our sins would no longer be attributed to our account. Every person who receives Jesus as their Savior is set free from all future judgement of God. They exist as perfect beings forever.

The preceding is from the book: “These Things Were Written: An Expositional Treatise of the Life, Death, and Resurrection of Jesus” 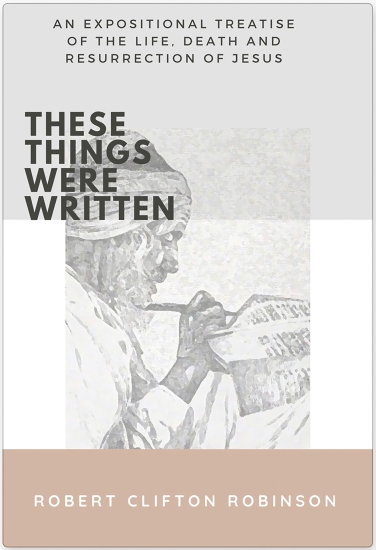 2.Haub, Carl (October 2011). “How Many People Have Ever Lived on Earth?”. Population Reference Bureau.

PRB estimates that there has been approximately 110 billion up to 2021. By 2050 about 113 billion people will have ever lived on Earth.

13 Genesis 6:5 Then the LORD saw that the wickedness of man was great in the earth, and that every intent of the thoughts of his heart was only evil continually.

Like Loading...
‹ How To Shut Down An Atheist In 60 Seconds
Demonstrating The Inability Of Atheists To Disprove The Eyewitness Testimony Of The New Testament ›