Home › Agnostics and Skeptics › Why It Is Illogical To Debate The Assertion Of Atheism: “There Is No Evidence For God”

Why It Is Illogical To Debate The Assertion Of Atheism: “There Is No Evidence For God” 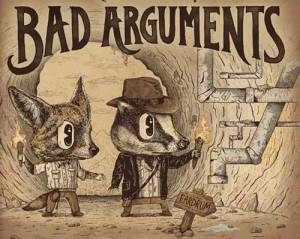 I have found that debate with persons who assert there is no evidence for God is an illogical endeavor. Persons who object to something which is clearly defined by empirical and visible evidence, are not helped or convinced by logical argument.

The assertion that God does not exist is not a conclusion that is made by lack of evidence but by the will.

People who espouse these statements often use the information of other atheists without any original thoughts or research of their own. It is impossible to change the mind of someone who has determined the outcome before the journey has concluded.

The mere idea that some person has examined all of the evidence which exists in the universe for God, is an impossibility. Since it is not possible that anyone has examined all of the evidence, it is not possible to conclude there is no evidence. At best, all that any person of intellectual integrity can state with certainty, is that they don’t know if God exists.

The fact that a person can say emphatically, something is not possible, reveals the disingenuous intent of a claim that, “there is no evidence God exists.”

For this reason, I find it a waste of time to debate an illogical premise.

A challenge to those who are still on the journey of discovery is to take an adversarial approach to the idea that God does not exist. Instead of writing and posting information that other atheists have written, cast aside all of these ideas and do something profoundly original:

Take the stance that God does exist and do a year of research to find everything you can to support this idea. At the end of one year, spend two months defending the idea that God exists against atheists who assert that He does not.

People who are genuine in their desire to know the truth about God’s existence, will take up this challenge and do their own research properly and honestly. Those who are not really interested in truth, but in supporting their own views will never consider such an idea.

When I began my search for whether God exists, I commenced with the idea that I really didn’t know. I spent several years trying to support both sides of the argument. I reached a point where the evidence that is available to support the existence of God was considerably greater than the ideas that God does not exist.

I spent the next 30 years debating these ideas with atheists. In the past 10 years, I realized that atheists, in majority, do not want to find evidence to support the idea that God exists. They want only to continue in their unbelief by reading, viewing, and hearing information that will allow them to continue as an atheist.

‹ The Lost Letters Of Christ Are Lies
Why Jesus Is God: Examining The Facts Of History ›

Categories: Agnostics and Skeptics, Atheists, The Existence of God

Tags: Atheists, Atheists lack of will to believe, Existence of God, How God reveals His existence