Evidence Of New Testament Reliability: Reliance Upon The Old Testament

If we listen to critics of the New Testament, we get the idea that a group of men got together and fabricated a myth about a Carpenter from Nazareth called “Jesus.” Alleged New Testament scholar, Bart Ehrman stated that these men made up the story of Jesus’ miracles so that the reader would believe that He is God, when in fact Jesus never claimed to be God. 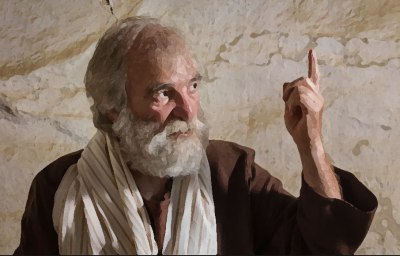 If this assertion is true, then why do we find such a great body of evidence from the Old Testament that predicts a Messiah exactly like Jesus?

In 2013, I wrote a book entitled, “The Prophecies of the Messiah.” As I began to go through the entire Old Testament and search for scriptures which are accurately describing the Messiah, I was struck by how many speak of a person who would do precisely what we find Jesus doing in the New Testament.

By the time that I finished Prophecies of the Messiah, I was certain from the evidence that the men who wrote the narratives of Jesus had told us the truth. How do I know this? They relied heavily on what the Hebrew prophets wrote about Messiah. In other words, everything that these men documented for us in the New Testament, had a supporting verse of scripture from the Old Testament.

The Author Of Hebrews

As we follow Paul through his discourse in Hebrews, he methodically makes a case for why every reader of the New Testament should pay attention to the testimony that God has given us about Jesus. To begin with, Paul starts his body of evidence in Hebrews with the important point that Jesus is not one of the angels, for none of the angels were ever called “God.”

Paul records for us the fact that David wrote in Psalms 45:6-7, that the Messiah is called “God.”.

But to the Son He says: “Your throne, O God, is forever and ever; A scepter of righteousness is the scepter of Your kingdom. You have loved righteousness and hated lawlessness; Therefore God, Your God, has anointed You With the oil of gladness more than Your companions.” ~Hebrews 1:8-9

Your throne, O God, is forever and ever; A scepter of righteousness is the scepter of Your kingdom. You love righteousness and hate wickedness; Therefore God, Your God, has anointed You With the oil of gladness more than Your companions. ~Psalms 45:6-7

Notice how Paul always follows the Old Testament scriptures when applying these verse to Jesus in order to prove that He is the Messiah.

This style of writing continues throughout the entire book of Hebrews, and in all of Paul’s letters. As a Hebrew Scholar and member of the Pharisees, Paul was trained by the esteemed scholar, Gamaliel. It is the constant attribute of all Paul’s writing that he tells us why Jesus is Messiah and God, based upon what the Old Testament recorded for the future Messiah. It is with this large body of extant evidence from the Hebrew scriptures that we can have confidence that Paul told us the truth in the New Testament regarding Jesus.

We should remember that Paul began his story in the New Testament as Saul, a hater of Jesus and His followers. It was because the risen Jesus appeared to Saul that He was convinced by this empirical evidence that Jesus is God, and had risen from the dead, as the only true Messiah. Immediately after Paul saw Jesus alive he began to compile a record of the Old Testament scriptures that speak of the Messiah, and place them into a record for history that we have today in the New Testament. There is an enormous body of these Old Testament scriptures in all of Paul’s letters.

When alleged atheist scholars like Bart Ehrman and others tell you that the writers of the New Testament made up the whole story about Jesus, you will know that they are lying. These men and women have a personal bias against Jesus and the Bible because they don’t believe that God exists, and miracles are not possible; therefore, Jesus could not be God nor capable of the miracles that are ascribed to Him.

The Greatest Conspiracy In The History Of The World

If the writers of the New Testament made up the story about Jesus, then these men must have been a part of a global conspiracy that began 1,500 years before when all that Moses, David, Isaiah, and all the prophets wrote about Messiah, started to tell the world what to expect when the Messiah arrived.

If we accept the statements of liberal Theologians today, claiming that the Gospels are contrived, we must also accept that the entire Old Testament is also a fraud. What is predicted by the old is fulfilled by the new. If the Prophecies of the Messiah are lies and the testimony that Jesus performed the miracles these prophets predicted are lies, we are facing the greatest global conspiracy in the history of the world.

This deception began 3,500 years ago and involves 40 authors, who penned 66 books. The idea that the writers of the New Testament made up their story about Jesus is preposterous. These men were simply telling the world what the Old Testament said would happen.

After Jesus was raised from the dead, He told His disciples that everything He had said and done, was a fulfillment of all that the Old Testament prophets had written:

Then Jesus said to them, “O foolish ones, and slow of heart to believe in all that the prophets have spoken! Ought not the Christ to have suffered these things and to enter into His glory?” And beginning at Moses and all the Prophets, He expounded to them in all the Scriptures the things concerning Himself. ~Luke 24:25-27

Then Jesus said to them, “These are the words which I spoke to you while I was still with you, that all things must be fulfilled which were written in the Law of Moses and the Prophets and the Psalms concerning Me.” And He opened their understanding, that they might comprehend the Scriptures. Then He said to them, “Thus it is written, and thus it was necessary for the Christ to suffer and to rise from the dead the third day, and that repentance and remission of sins should be preached in His name to all nations, beginning at Jerusalem. And you are witnesses of these things. ~Luke 24:44-48

Jesus states that all that He said and did, was what the Prophets had written for Messiah. At the end of these statements by Jesus, above, He tells His disciples that “you are witnesses of these things.”

When we read the narratives of John, Peter, and Luke, we find that these men told us clearly that their intent was to write and preserve a record of eyewitness testimony so that everyone who read the New Testament would know for certain that they had told the truth about Jesus.

For we did not follow cunningly devised fables when we made known to you the power and coming of our Lord Jesus Christ, but were eyewitnesses of His majesty. For He received from God the Father honor and glory when such a voice came to Him from the Excellent Glory: “This is My beloved Son, in whom I am well pleased.” And we heard this voice which came from heaven when we were with Him on the holy mountain.  ~2 Peter 1:16-18

Inasmuch as many have taken in hand to set in order a narrative of those things which have been fulfilled among us, just as those who from the beginning were eyewitnesses and ministers of the word delivered them to us, it seemed good to me also, having had perfect understanding of all things from the very first, to write to you an orderly account, most excellent Theophilus, that you may know the certainty of those things in which you were instructed. ~Luke 1:1-4

The Testimony Of Jesus, States That The New Testament Was Written As A Historical Narrative:

And truly Jesus did many other signs in the presence of His disciples, which are not written in this book; but these are written that you may believe that Jesus is the Christ, the Son of God, and that believing you may have life in His name.  ~John 20:30-31

Jesus is the Messiah that all the Prophets wrote, and He is the only Savior of the world.

See Also: The Greatest And Most Astute Scholar In History Said That Jesus Is God And Messiah 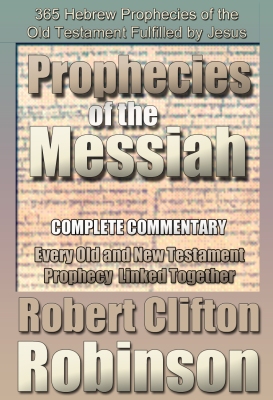 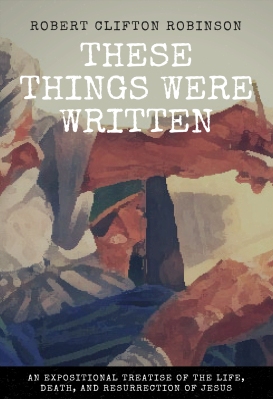 Like Loading...
‹ The Key To Understanding The Bible
The Greatest And Most Astute Scholar In History Said That Jesus Is God And Messiah ›

Categories: Agnostics and Skeptics, Bart Ehrman, Exegesis and Hermeneutics, Messianic Prophecies, Messianic Prophecy Bible, Principles of Biblical Interpretation, Prophecies Fulfilled by Jesus, Reliability of the New Testament, Robert Clifton Robinson, The Historical Jesus, The Importance of the Bible, The prophecies of Isaiah 61, The Prophecy of Daniel 9, These Things Were Written 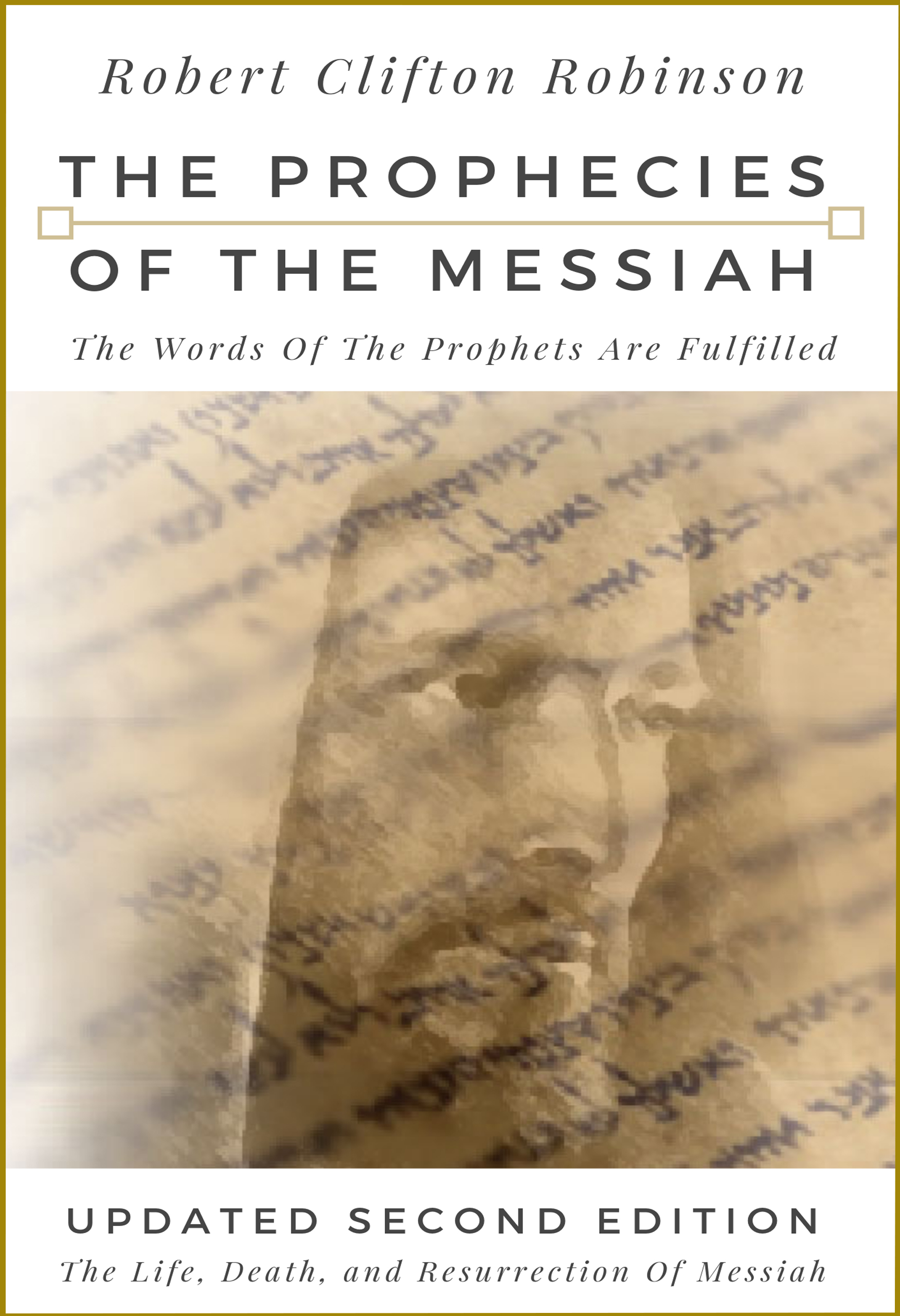