1,000 Scientists Who Say Evolution Is Wrong 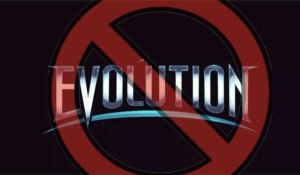 For the past ten years, I have written extensively regarding the unprovable points of Darwinian Theory. I have been joined by many esteemed scientists from cosmology, physics, biology, “artificial intelligence” research, and others.

Of greatest concern is the certainty that random mutation and natural selection cannot scientifically generate the information content in living things.

“Life as revealed by new technologies is more complicated than the Darwinian viewpoint anticipated. Thus evolutionary theory, which was considered to be a key foundation of biology in 1959, today has a more peripheral role. … modern science makes it possible to be a scientifically informed doubter of Darwinian theories of evolution.”

“Darwinian evolutionary theory was my field of specialization in biology. Among other things, I wrote a textbook on the subject thirty years ago. Meanwhile, however I have become an apostate from Darwinian theory and have described it as part of modernism’s origination myth. Consequently, I certainly agree that biology students at least should have the opportunity to learn about the flaws and limits of Darwin’s theory while they are learning about the theory’s strongest claims.”

“Because no scientist can show how Darwin’s mechanism can produce the complexity of life, every scientist should be skeptical. The fact that most won’t admit to this exposes the unhealthy effect of peer pressure on scientific discourse.”

“As a (bio)chemist I become most skeptical about Darwinism when I was confronted with the extreme intricacy of the genetic code and its many most intelligent strategies to code, decode and protect its information, such as the U x T and ribose x deoxyribose exchanges for the DNA/RNA pair and the translation of its 4-base language to the 20AA language of life that absolutely relies on a diversity of exquisite molecular machines made by the products of such translation forming a chicken-and-egg dilemma that evolution has no chance at all to answer.”

“When Darwinian proponents claim there is no controversy regarding the cohesiveness of the scientific evidence for evolution as creator, they are merely expressing a heartfelt desire. … There is a growing contingent of scientists who have found the evidence for Darwinian evolution wanting, and who are ready and willing to debate Darwinists on scientific grounds.”

This list is growing rapidly and includes scientists from the US National Academy of Sciences, Russian, Hungarian and Czech National Academies, as well as from universities such as Yale, Princeton, Stanford, MIT, UC Berkeley, UCLA, and others.

A Scientific Dissent From Darwinism

“We are skeptical of claims for the ability of random mutation and natural selection to account for the complexity of life. Careful examination of the evidence for Darwinian theory should be encouraged.”

“There is scientific dissent from Darwinism. It deserves to be heard.”

The Following Is The List Of 1,000 Scientists Who Believe That The Theory Of Evolution Is Flawed:

‹ Don’t Worry About Global Warming, Meteors, Or Nuclear War; God Has Everything Under Control
Old Testament Law: A Lesson In God’s Nature Not Understood Today ›

Categories: Evolution, Evolution of Species, Origin of the Universe, Robert Clifton Robinson, Science and the Bible