Home › The Existence of God › Atheists, Agnostics and Skeptics › Common objections by Atheists › If God Is Omnipotent, Does This Invalidate Our Free Will?

If God Is Omnipotent, Does This Invalidate Our Free Will?

The Sovereignty of God and the Free Will of Men: 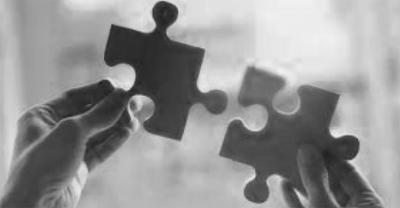 Often people have difficulty with the facts of the Bible that specify God’s omnipotence, and the free will of man. What we find in scripture is that both are at work in everything that happens on earth. God knows what will happen, but He does not force people to act in a certain way. He allows us our choice and then we are responsible for what we choose. God knew the choices that people would make, before He made the world, and He chooses, for eternal life, those who would use their choice, to believe in Jesus and be saved.

Acts 2:22-23 speaks of the evil men who put Jesus to death by unrighteous actions, while it was also the determined purpose and foreknowledge of God that allowed this to take place.

There are many instances throughout the Bible, where seemingly ordinary circumstances occur that are, in fact, orchestrated and controlled by the Lord. The census that was conducted at the time Mary was about to deliver Jesus was made by men, but ordained by God. The Lord wanted to bring Joseph back to the place of his ancestors’ birth, so that Jesus would fulfill the Old Testament prophecy of the Messiah’s birth in Bethlehem.

And it came to pass in those days that a decree went out from Caesar Augustus that all the world should be registered. This census first took place while Quirinius was governing Syria. So all went to be registered, everyone to his own city. Joseph also went up from Galilee, out of the city of Nazareth, into Judea, to the city of David, which is called Bethlehem, because he was of the house and lineage of David, to be registered with Mary, his betrothed wife, who was with child.[1]

We should pay special attention to the certainty that God is always moving people and events where He has determined they should be, in order to fulfill His prophetic word. We see this demonstrated throughout history as we compare the prophecies Jesus fulfilled, in the New Testament, with the words of God that were recorded hundreds of years in advance, by the Old Testament.

The prophet Micah predicts that the Messiah would be born in Bethlehem. See the chapter, Born In Bethlehem.

“But you, Bethlehem Ephrathah, Though you are little among the thousands of Judah, Yet out of you shall come forth to Me The One to be Ruler in Israel, Whose goings forth are from of old, From everlasting.”[2]

Matthew confirms that Jesus fulfilled Micah’s prophecy as the Messiah

So they said to him, “In Bethlehem of Judea, for thus it is written by the prophet: ‘But you, Bethlehem, in the land of Judah, Are not the least among the rulers of Judah; For out of you shall come a Ruler Who will shepherd My people Israel.’ ”[3]

When Joseph was taken as a slave to the house of Pharaoh, God again engineered a great famine over the whole earth so that Joseph’s brothers would have to come to Egypt to find food for the survival of their family (Genesis 41-50). It seems that the only place in the world at that time where there was adequate grain was in Egypt. God ensured that Egypt would be this place of salvation, by giving Pharaoh a dream of seven abundant years before seven years of famine would take place. Joseph, who had been placed in prison in Egypt, was given the ability to interpret Pharaoh’s dream. As a result of God giving Joseph this ability to correctly interpret Pharaoh’s dream, he was placed in charge of all the food supplies of Egypt. It was while in Egypt that the prophecy Joseph had made many years before—that his brothers would all bow down before him—came true.

There we were, binding sheaves in the field. Then behold, my sheaf arose and also stood upright; and indeed your sheaves stood all around and bowed down to my sheaf.[4]

As Joseph’s brothers come to Egypt to seek food for their family, Joseph is now second in command over the entire kingdom. Joseph reveals to his brothers that God was working in the background all along, in order to make certain that all of these things would happen according to God’s plans and purposes.

And Joseph said to his brothers, “Please come near to me.” So they came near. Then he said: “I am Joseph your brother, whom you sold into Egypt. But now, do not therefore be grieved or angry with yourselves because you sold me here; for God sent me before you to preserve life.”[5]

Men may move to accomplish their own will, but all that any man can do is conform himself to the sovereign will and power of God. Nothing can take place anywhere at any time without the Lord causing and allowing it to happen. God is always supreme over all the affairs of this world. At the same time, God is displaying His great power to move people and cause events to happen, within these events, He gives people their own right of choice.

Nothing ever catches the Lord unaware or takes Him by surprise. It is a great comfort to know that once we commit ourselves to God through Jesus Christ, every detail of our life is under the power and control of the Great God who stretched out the universe and determined its measurements.

One of the most difficult principles to grasp and accept once a person begins to follow Jesus is that our part in the execution of God’s will is to simply submit to the changes and circumstances God moves us to and through, during our life. If we understand that each detail of our existence is planned by God, so that He might conform us into the image of Jesus Christ, we can have peace, knowing that even the most difficult of circumstances have a good end intended for our life.

Like Loading...
‹ The Star Of Christmas: Astronomical Signs In The Heavens
What The Death Of Jesus Did To All Of Our Sins ›

Categories: Common objections by Atheists, Contradictions in the Bible, God is not fair, God's Sovereignty, Jesus is God, Robert Clifton Robinson, Ruler of the Universe, The Nature of God, Why evil exists, Why God Permits Evil

Tags: Man's free will, The Sovereignty of God