What Jesus Can Do For You That No Religion Can

A valid question that is frequently asked by many people is, “Why Christianity is the only way and the Bible, only the true words of God?” In order to understand these things, we must fill-in a little background information.

We can begin by asking  five questions:

We might find that these are silly questions because all human beings agree that these things are offensive or wrong. The question is: why are they offensive and wrong? What is there within our heart that tells us that when a person does these things to us, we feel offended or angry?

It is interesting that these five above, are the five commandments of God that He gave to mankind regarding our treatment of each other. When we do these things to each other, they are referred to as “sin,” missing the mark of correct behavior. More important, God is offended when people do these things to each other because He loves us. We do these same things to other people ourselves, so we are just as guilty as the people who make us angry when they do them to us. All people, over all of human history have done these things. For this reason we are called “sinners.”

God does not mean this term as derogatory, but simply as an accurate definition of our true nature. The reason that God hates sin is because of what it does to our lives in robbing us of the perfection that He intended for us. We are not sinners because we sin, we sin because we are sinner, it is our core nature.

We have a conscience that tells us when we are wrong, so all of us know that we are sinners. Because of our conscience we feel guilt when we sin. We know that these kinds of behaviors are wrong, yet we continue to do them and often feel powerless to permanently stop them.

For these reasons, we should have no problem understanding God’s anger against sin because it steals away the wonderful and perfect life that He planned for us to enjoy. The reason that we all die is because of the imperfection of sin, which violates the law of righteousness that God established.

We understand laws because no sane person climbs to the twentieth floor of a building and expects to survive if they jump. Gravity will kill us, or should I say, the fall will kill us because we violated the law of gravity.

In the same way, God made the laws which govern human behavior. As long as we obey these laws, we can live forever. The moment that we determine to break these laws, the effect is the same as jumping from the building and breaking the law of gravity; death.

This is what happened to the first man. He determined that he didn’t believe in the laws of sin and death and he jumped. He began to die immediately and continued until he died permanently. This defect was passed on to every person after and we inherited this same sin nature. For this reason, we all die.

It was for this reason that Jesus, came to earth. The Bible describes Jesus as the Eternal God, Creator of all the exists (John 1:1, Colossians 1, Hebrews 1). Jesus claimed to be God, living in the body of a man (10th chapter of John’s Gospel).

As the first man brought sin and death to all men and women who would follow, Jesus came to correct that error and give us the opportunity to obtain perfection and eternal life again. We cannot save ourselves because we are all sinners and no sinner can save another sinner. All of the religions of the world, all of the churches and religious leaders are sinners, therefore they are powerless to save anyone.

If we would be saved it would take an act of God, and a perfect, sinless human being to accomplish this impossible task.

Any candidate for Savior of the world, would have to be human, yet sinless. How could God accomplish this, since all men are born with the nature to sin? He would have to come into the world without the aid of a human father. Scientists know today that the blood supply of the fetus comes from the father, not the mother. The Bible describes the sin of the world as coming through the first man. Through his blood, we inherited his sin nature.

Second: As a man, the Savior would have to live amongst us and be tested in all of the same ways that we are tested, yet remain sinless. The testimony of Jesus by the men who were with him continuously for three years is that He was sinless. There is no record anyplace in the Bible where Jesus is said to have committed a sin. For this reason, Jesus is the only person who has ever achieved this perfection.

It was because of this perfection as a man, that Jesus could undo what Adam had done, make us sinners. By Jesus’ obedience, all those who trust in Him, are made righteous. God made Jesus who knew no sin, to become sin for us, so that we might become the righteousness of God because of Him.

Since all of us were made sinners by the first man, Jesus can make all those who trust in Him, righteous.

Since Jesus passed all of these primary tests: A man, perfect and without sin, He could offer His life for ours. Jesus went to the cross and allowed evil men to kill Him, because He was taking all of our sins at that moment and dying for them. When Jesus died, all of the sins of the world were taken away. After this, any person who simply trusts in what Jesus has done, can receive this removal of their sins and have eternal life, simply by believing.

This is the entire purpose of the Bible and the only reason that Jesus came into the world, to die for us and raise Himself from the dead—defeating sin and death forever.

Since the first man caused sin to enter the world by his disobedience, the man who would be our Savior must win our salvation by his obedience. Since all of us were made sinners by the first man and lost our perfect life, the man who will save us will make us perfect by His obedience and able to receive a perfect and eternal life once again.

What makes faith in Jesus effective to save us is that only He met all of these strict demands of God’s law. The reason that all religions, churches, and human beings who claim to be the savior, cannot save anyone, is because they could not meet the requirements that God established in the Bible, and accomplish what Jesus alone accomplished.

All of the other religions of the world are lacking in these critical areas and therefore insufficient to save us. The reason that only Jesus can save us is that only He met all the requirements.

Only Jesus is the Eternal God, sinless, perfectly kept God’s Law, died for the sins of the world, and rose from the dead in victory.

These facts are proven as authentic and reliable by the testimony of the New Testament, and the non-biblical records of the Roman Senate, Jewish Talmud, and other non religious writers. These secular records allow us to completely reconstruct the entire life, death, and resurrection of Jesus Christ, without the testimony of the Bible. They do, however, confirm and validate that Jesus Christ was in Jerusalem during the time that the New Testament places Him there. That He was crucified, died, and rose again on the third day.

This is why only Jesus can save us. Not religion, not man, not church, not any other person. 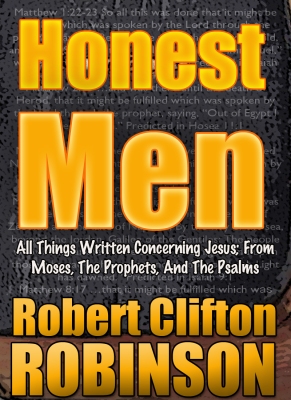