Brett Kavanaugh And The Evil Agenda That Opposes Him

It is no secret that over the course of history there has always been an evil agenda against the plans and purposes of God. Good men and women have always been opposed by those who fear their influence for righteousness and a way of life that is good and pure. 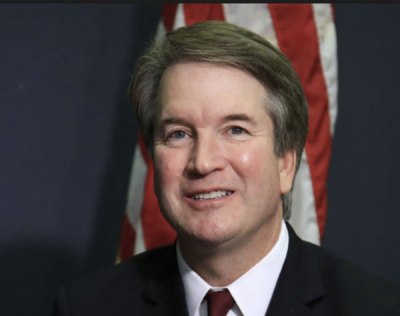 When a man, who has an impeccable reputation for his entire life and career, is accused of crimes which cannot be proven by evidence or witnesses, in a clear effort to stop him from becoming a Supreme Court Justice, we see this evil agenda at work.

Character is something that cannot be contrived. It must be observed over the course of a person’s entire life. When hundreds of women testify to the goodness, kindness, respect and consideration of Brett Kavanaugh for his entire life, we have a certain indication of who this man really is.

Dr. Ford waited to give her side of the allegation until the very end of the confirmation process, but now accuses the Senate of rushing through the process and not giving her an opportunity to be heard.

It is clear that this accusation only surfaced now because of the imagined threat that abortion and gay rights activists perceive should Brett Kavanaugh be appointed as a Supreme Court Justice. During the entire career of Judge Kavanaugh, this woman who alleges sexaul assault, never brought an accusation or a charge against him. It is clear that her intent is to prevent this good man from bringing influence to the highest court in the land so that he cannot render an opinion that will stop the influence of those with liberal agendas.

We are not naive. We are not unaware of the evil powers which understand the results of placing righteous men and women as Supreme Court Justices who will return our nation to its founding principles. We have seen what happens when good people do nothing and evil triumphs.

Lest Satan should take advantage of us; for we are not ignorant of his devices. ~2 Corinthians 2:11

The real agenda at work in seeking to disqualify Brett Kavanaugh is to stop anyone who may overturn abortion and gay rights. For sixty years, Christians who love the Lord, have prayed and asked God to give us the ability to stop the killing of innocent children in the womb and prevent the rise of perversion and the destruction of marriage in America.

Today, God has heard us and He has given our nation a champion who will help return our nation back to decency and prevent our ultimate destruction. Every society of past history which has continued down the path of murdering the innocent and normalizing perversion, has ceased to exist as a nation.[1] For those of us who love this country and believe that God called us into being for a righteous purpose, we have prayed continuously for just such an opportunity as this.

I hope that you will pray fervently with me for Brett Kavanaugh and his family who are certainly suffering greatly at this moment. I am sure that his heart is heavy and hurting at having his entire life and career near destruction at the hands of evil men and women.

Remember that our God is greater than all those who oppose Him and those He chooses to lead our nation back to righteousness. It is certain that God has Called Brett Kavanaugh for this time and this purpose as a result of our prayers and His own good purposes for our nation. There are no enemies, regardless of their alleged power they may prevent or overturn the will of our God.

For if you remain completely silent at this time, relief and deliverance will arise  from another place, but you and your house will perish. Yet who knows whether you have come for such a time as this? ~Esther 4:14

Pray for our leaders that they will have the wisdom and discernment to see what is really at work here. This is spiritual battle for the very soul of our nation. This is a battle which the Lord will win and no weapon formed against Him will stand.

“Father, we pray for Judge Brett Kavanaugh and his family. We know Lord that this is an extremely difficult time for all who love them. Encourage Judge Kavanaugh to stay the course and trust you through the fires of this trial. We know that You have brought this good man to this time and this place, for a good purpose for our nation and people. Defeat the forces of evil that oppose him and expose the lies that are being told about his life and character. Give wisdom to our leaders to see the truth and to understand the real agenda of those who oppose Judge Kavanaugh. Place Judge Kavanaugh into service as a Supreme Court Justice and enable him to do the important work of interpreting the Constitution as it is written and apply its laws to every case that comes before the Supreme Court. Win this battle Lord and do not allow evil to triumph over the good plans and righteousness you have planned for our nation and people.

We pray these things in Jesus Name, Amen”

For though we walk in the flesh, we do not war according to the flesh. For the weapons of our warfare are not carnal but mighty in God for pulling down strongholds. ~2 Corinthians 10:3-4

[1] “As I have looked back across the ruins and landmarks of antiquity, I have been stunned by the parallels between those societies and our own. For most of us the destruction of Carthage, the rise of the Greek city-states, and the Fall of Rome are mere ghosts of the past, history lessons long forgotten. And such things as the capture of Constantinople, the dissolution of the Holy Roman Empire, the collapse of the kingdoms of France and Spain, and the slow withering decline of the British Empire are much less clear and less memorable. Most of us do not remember much from our history lessons about the French Enlightenment or, for that matter, the issues that led to the American Revolution. But this is the legitimate background of our own place in history, it is vital that we reconsider the nature of life in those earlier times. For within those eras and movements are the seeds of the troubles we face today.” ~Jim Nelson Black, When Nations Die (Wheaton, IL: Tyndale, 1994