Home › America: a Christian Nation › America Abandons God › The Chief Justice of the Supreme Court Leads A Man To Christ 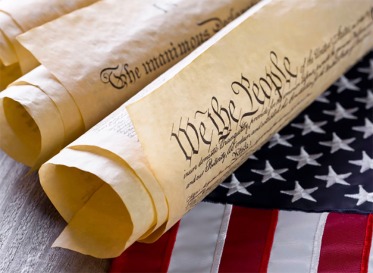 Thomas McKean was one of America’s leading legal authorities. He wrote a commentary on the Constitution of the United States in 1792. He signed the Declaration of Independence, and helped author the constitutions of Pennsylvania, Delaware, and served as governor in these states.

He was the Chief Justice of the supreme court of Pennsylvania.

During a trial in his court concerning a man by the name of John Roberts, Roberts was sentenced to death after the jury found him guilty of treason.

At that period of history, a person sentenced to death had 7-10 days to live, not 15-20 years as is the case in the legal system today.

Upon the pronouncement of the sentence of death determined for John Roberts, Chief Justice Thomas McKean asked the condemned man to approach the bench and sought to lead him man to a saving knowledge of Jesus Christ.

A supreme court justice of Pennsylvania, in an American court of law, sought to lead a condemned man to Jesus Christ before his death.

If we listen to the current arguments made today, that our founding fathers were not men of faith in Jesus Christ, we would never know about this amazing story.

A judge in an American court trying to lead a man condemned to death to Jesus Christ so he could have eternal life!

America was founded by many Christian men who believed the Bible is the word of God and that all of our rights and laws come only from the Word of God.

The Bible And Congress

After America won the battle of Yorktown and was free of British rule, they no longer were restricted in being able to print Bibles to give to the citizens of America.

Congress enacted a law that allowed the printing of Americas very first English Bible in 1782. Congress approved the plan, appointed a committee to see to the printing of the Bible, all from the first government of the new American Colonies.

The opening page to this new Bible say that the American Congress recommends this Bible to the inhabitants of the United States of America.

Even in the treaty signed by America and Britain that ended the war that gave America her independence, it begins with these words, “In the name of the most Holy Trinity…”

When Congress moved into the Capitol building, they kept careful and detailed writings of everything that was said and done in that building.

In the first weeks of November of 1800, according to the records, Congress spent the first few weeks organizing the rooms, their committees and other business.

In the first week of December, 1800, Congress made an interesting decision:

How far our nation and people have moved away from God

How few there are, men of God who love Him fervently and want to serve our nation with integrity and honesty. We need more men and women like those who God raised up to found our nation.

If we pray for national repentance; a return to the Lord and a sorrow for our national and personal sins, God will hear us and turn our nation and leaders back to Him. If we remain lackadaisical and indifferent; if we remain preoccupied with our own lives, and fail to notice our nation is perishing before our eyes, we will lose our freedom and the land we love.