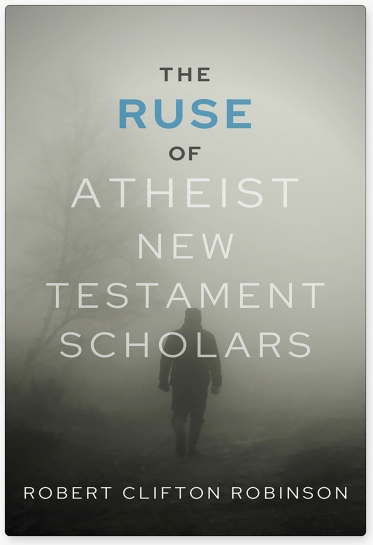 Is a New Testament scholar an authority regarding the true facts and reliability of the narratives concerning Jesus? If you are like many people, you would say “yes.” What if this scholar is an atheist and doesn’t believe that God exists, or the texts written in the New Testament are true, would you still look to this scholar as an authority?

The New Testament contains proving criteria for anyone who asserts they are an authority in these texts. First, they must be a believer in Christ and filled with the Holy Spirit. Second, they must believe that the Bible is the inspired Word of God and is the primary method of communication God has chosen to reveal Himself.

See: “The Ruse of Atheist New Testament Scholars,” at Amazon

Jesus said that unless a person is “born again” by the Spirit of God, they will not have the capacity to understand the surviving texts of the New Testament. Paul elaborated on this principle by saying that what is written and preserved for us is “spiritually discerned.” This means that only those who believe God exists and are diligently seeking Him (Hebrews 11:6) have the capacity to understand the texts of the Bible and be a genuine scholar, through decades of diligent study in these texts.

Who Is Qualified To Be A Biblical Scholar?

According to Jesus, a scholar is not a person with a secular education or a PhD. There are many men and women who have achieved these distinctions but do not believe God exists.

Today, modern New Testament scholarship includes atheist scholars. The Christian church has permitted this because these persons have done their due diligence in obtaining an advanced degree. The problem is that a PhD does not convey the Holy Spirit to anyone. Jesus said that no scholar can understand the texts about Him without the Holy Spirit.

Jesus often condemned the leaders of Israel, who were the “Doctors of the Law” while committing grievous errors in their exposition and hermeneutics of the Hebrew scriptures.

When Nicodemus came to Jesus late one night, he was a PhD in the Hebrew scriptures but he didn’t recognize that Jesus was the Messiah who was promised by the Old Testament scriptures. An advanced education prevented what was most needed: the Spirit of God that imparts genuine knowledge.

A person without the Spirit of God is not capable of genuine scholarship concerning the New Testament. We see this demonstrated by the comments and conclusions of atheist scholars in their published works concerning the New Testament. There are numerous errors made by these men and women because they do not have the ability to comprehend what they are seeking to evaluate.

According to atheist scholars, and many secular scholars, it is not necessary to believe in God or that the New Testament is true. In fact, they see their non-belief as a valuable asset in being impartial as a scholar. This is not true, according to Jesus and the writers of the Bible. The Hebrew and Greek scriptures were never meant for evaluation by any non-believer. Any person can read the Bible and gain enough understanding to make a commitment to believe in the God it reveals; they cannot gain sufficient knowledge to make valid scholarly criticism concerning these texts.

This book provides the evidence that proves an atheist New Testament scholar is not qualified to evaluate or make valid conclusions regarding the New Testament. In these twelve chapters, the errors and incorrect conclusions of atheist scholars are revealed, which prove they are incapable of unbiased criticism because of their unbelief.

See This New Treatise On The False Assertions Of Atheist Scholars, At Amazon

Like Loading...
‹ Evidence That Paul Is The Author Of Hebrews
Jesus Said The Deep Truths Of The Bible Are Hidden From Unbelievers ›