Home › Agnostics and Skeptics › Is The Gospel of Jesus Christ a Hoax?

Is The Gospel of Jesus Christ a Hoax?

Let us suppose for a moment that in Jerusalem, 2,000 years ago, a group of 12 men determined that they would create a new religion. The reasons for their scheme are simple: to become rich, gain power over other men, and receive great acclaim and public adulation. This new religion will have, as its central figure, a man who is said to contain the Spirit of the Living God. He will be killed and then on the third day, He will be raised to life.

First, we must understand—apart from the precision that would be required to make such claims believable, they would have to demonstrate how all of the things their Messiah says and does would be understood as a fulfillment of all the Old Testament predictions which describe a coming Messiah. What many people forget when they are evaluating whether Jesus Christ actually lived, died, and rose from the dead is the fact that someone just like Him was predicted by over 400 Old Testament prophecies.

We not only have a man who claimed to die for the sins of the world and was raised on the third day, we have a man who fulfilled over 400 predictions that describe—in great detail, where this Messiah would be born, what He will say and do, and specifically how He will die at the hands of evil men—crucified and raised to life three days later.

The chances that any one person could fulfill all 365 prophecies listed in the book: “The Prophecies of the Messiah,” is in excess of 10999.[1] This is a number greater than all of the atoms and subatomic particles of all matter in the entire universe.[2]

How far would a person go in making a lie appear true?

Let us suppose that these 12 men were able to make their Messiah fit the precise requirements of 365 Old Testament prophecies.

What these men could not foresee was the hatred of the Roman government for this new religion they had founded, which was viewed as a direct threat to the sovereignty of the Roman Caesar. All 12 men would be vigorously persecuted and placed under the sentence of death; unless, of course, they would recant their belief in this Savior—whom they had fabricated, and admit that He did not raise from the dead.

Now I cannot speak for these 12 men, but I know something of myself and the nature of most other men. There may be a few who might be willing to continue in a lie for a time; but when it came to the moment that either the lie had to end or their life, there is no question what most people would choose. Does anyone really believe that all 12 of the Apostles would be willing to die for a lie that was contrived about Jesus as the Savior, if it was not true? The odds of this occurring in all 12 men simultaneous with the threat of their death—a certainty—if they did not recant the resurrection, is astronomical. Not one of these men stopped the executioner and recanted their story that Jesus had risen from the dead. All 12 men died with the firm conviction and loud proclamation that Jesus had died on a Roman cross and then rose again on the third day. The four gospels record the fact that all of the events of Jesus’ birth, life, death, and resurrection were predicted and written in the Old Testament scriptures—and were fulfilled with precision.

Sidebar: These facts are also supported by the secular records of both the Romans and the Jews. Jesus, and His disciples—are vigorously described by writers who were quite hostile and unsympathetic to this new Christian religion. Although their accounts were not supportive of Jesus as the Son of God—their record of His life and death are third party corroborations—from the historical record—that Jesus is a genuine person from history.

The Historical Record of Jesus Life from Secular Sources
Is the Crucifixion and Resurrection of Jesus Supported by Reliable Evidence?
Evidence for God: What Kind of Proof are You Looking For? 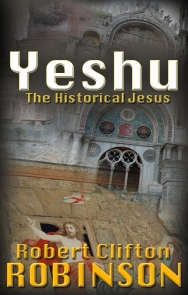 NOTES:
[1] Based on the calculations of Dr. Peter Stoner, and carrying the method Dr. Stoner used, in application to these 365 Prophecies. See the book by Dr. Peter Stoner, “Science Speaks”, for details.
[2] The total number of all sub atomic particles in the universe as calculated by Sir Roger Penrose, Mathematical Physicist, 10 to the 123rd power. Roger Penrose, The Road to Reality, New York, Alfred A. Knopf, 2005, Pages 762-765

‹ The First Prophecy of the Bible
If We Are Ashamed Of Jesus Now, He Will Be Ashamed of Us When He Returns ›

Categories: Agnostics and Skeptics, Jesus confirmed by secular sources, Reliability of the Bible, The Existence of God

Tags: Confirmation of Jesus Crucifixion from Secular Sources, Evidence the Resurrection of Jesus is genuine, The Gospel a hoax?