Home › Agnostics and Skeptics › How Science Confirms The Texts Of The Bible: Genesis Chapter 30

How Science Confirms The Texts Of The Bible: Genesis Chapter 30

In Genesis chapter 30 there are texts that describes the sheep of Jacob undergoing a physical change in their appearance, by the placement of stripped bark in their water source. Many critics have scoffed at this story as mere folklore, but there is a scientific basis for the occurence of these events.

As Christians we never have to reconcile or compromise the Bible with science; it is science that consistently confirms what the Bible has stated from the start

The following is the text from Genesis chapter 30 that describes what happened to create this situation. Jacob wanted to return to his own country and take with him, some of the sheep that had resulted from his expert care while working for Laban. 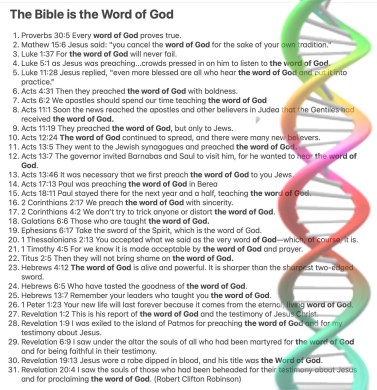 Jacob asked for, “all the sheep and goats that are speckled or spotted, along with all the black sheep…” Laban agrees but decides to deceive Jacob by hiding the sheep he asks for, placing them with his sons who were three days away.

Jacob being an expert in the raising of sheep, devised an ingenious method to acquire the speckled, spotted, and black sheep that Laban promised, by peeling off the bark from, “from poplar, almond, and plane trees,” and, “placing these peeled branches in the watering troughs where the flocks came to drink.”

This story was long thought to be a myth, but today by modern genetic science, we understand that what Jacob was doing to change the appearance of the coat for these sheep, is science, not folklore:

Genesis 30:25-40: “Soon after Rachel had given birth to Joseph, Jacob said to Laban, “Please release me so I can go home to my own country. Let me take my wives and children, for I have earned them by serving you, and let me be on my way. You certainly know how hard I have worked for you.”

“Please listen to me,” Laban replied. “I have become wealthy, for the LORD has blessed me because of you. Tell me how much I owe you. Whatever it is, I’ll pay it.”

Jacob replied, “You know how hard I’ve worked for you, and how your flocks and herds have grown under my care. 30 You had little indeed before I came, but your wealth has increased enormously. The LORD has blessed you through everything I’ve done. But now, what about me? When can I start providing for my own family?”

“What wages do you want?” Laban asked again. Jacob replied, “Don’t give me anything. Just do this one thing, and I’ll continue to tend and watch over your flocks. Let me inspect your flocks today and remove all the sheep and goats that are speckled or spotted, along with all the black sheep. Give these to me as my wages. In the future, when you check on the animals you have given me as my wages, you’ll see that I have been honest. If you find in my flock any goats without speckles or spots, or any sheep that are not black, you will know that I have stolen them from you.”

“All right,” Laban replied. “It will be as you say.” But that very day Laban went out and removed the male goats that were streaked and spotted, all the female goats that were speckled and spotted or had white patches, and all the black sheep. He placed them in the care of his own sons, 36 who took them a three-days’ journey from where Jacob was. Meanwhile, Jacob stayed and cared for the rest of Laban’s flock.

Then Jacob took some fresh branches from poplar, almond, and plane trees and peeled off strips of bark, making white streaks on them. Then he placed these peeled branches in the watering troughs where the flocks came to drink, for that was where they mated. And when they mated in front of the white-streaked branches, they gave birth to young that were streaked, speckled, and spotted. Jacob separated those lambs from Laban’s flock. And at mating time he turned the flock to face Laban’s animals that were streaked or black. This is how he built his own flock instead of increasing Laban’s.”

Critics see the above texts from the book of Genesis, as myth and superstition. This is a common view of atheists and critics of God and the Bible. Today by modern science we know that what was written in Genesis by Moses 3,450 years ago, is absolutely true and reliable.

We know and understand today that behavior and environment can have a profound influence upon the way that genes work.[1] Dissimilar to actual genetic changes, epigenetic changes do not alter DNA, but they can alter how physical bodies read the DNA sequence.

Every cell has a method whereby proteins are created depending upon the instructions given to them by genes in the body. Genetic changes affect proteins that determine the function of a cell to become different parts of a body; such as, brain, heart, skin, and nerves. All cells have the same DNA, but they operate differently by epigenetics, which turn on or off, certain genes in the production of proteins.

Cell changes happen depending upon the instructions that are given to them that come from within genes. Genetic changes may alter the type of proteins that are made to create the different parts of our bodies, epigenetic changes are affected by environment and behavior.[2]

Diet and exercise may drastically affect epigenetic changes that result in the types of physical appearances we see in the sheep of Jacob, when he accessed chemical compounds found in the bark of various trees stated in Genesis chapter 30.

Jacob’s use of branches in which he peeled back the bark exposing the chemical compounds found in these trees, caused heritable changes in the expression of genes in these animals, resulting in physical changes in the color and patterns in the subsequent sheep that were born.

Many people are unaware that certain trees, like the Aspen, possess compounds that are useful in the treatment of human maladies, such as pain. The bark of an Aspen tree contains salicylic acid. This is the principle ingredient that comprises aspirin that numbs pain and reduces swelling.

Jacob apparently had knowledge of the chemical compounds found in the tree bark listed in Genesis chapter 30, and used these nutrients to cause physical changes in the newborn sheep and goats of his flock. When pregnant animals drank from the watering troughs provided by Jacob, which had the branches of these trees in the water, “they gave birth to young that were streaked, speckled, and spotted.”

After these changes took place in the wool coat of the new generation of sheep and goats, Jacob began a secondary method of selective breeding where he specifically bred the new variegated and more vigorous animals with each other, gradually eliminating the former sheep of Laban’s flock.

This breeding method was successful, for we read that Jacob became very wealthy with a great number of sheep and goats. The texts of Genesis 30 are not myth, folklore, and superstition; they are an accurate description of Jacob’s knowledge in causing physical changes by chemical compounds found in nature.

Like Loading...
‹ Impeaching The Atheist Assertion Of Genocide In The Bible
If God Can Create A Universe, He Can Do Anything: Examining The Difficulties People Have With God And The Bible ›