Home › Agnostics and Skeptics › Why Jesus Is God: Examining The Facts Of History

Why Jesus Is God: Examining The Facts Of History

Today the Gospel of Jesus Christ is under assault by Liberal Theologians who are also atheists. They make assertions that Jesus never claimed to be God in the New Testament, but was made God by the writers of these narratives. These Theologians tell us that 85 percent of all that is written about Jesus, He never said or did. When we examine the claims of these prominent New Testament Scholars, we find that they have ignored the evidence of the New Testament which proves Jesus is God and the record of history that validates the Bible as accurate and reliable. The New Testament stands as one pillar of proof that is largely misunderstood and unknown by the world.

There are over 4,200 religions in the world today. What makes Jesus superior to all other ways to God? Are there clear differences that would cause us to choose Jesus over every other god and religion? When we investigate the qualities and precepts of these many religions, we see a stunning difference between them and the simple way of salvation that Jesus brought to the world. The evidence to prove that Jesus is God, superior to all other gods and religions of the world, is both empirical and substantial.

We also have a second pillar of evidence in the Cosmological record presented by the universe. Scientists and Cosmologists claim that the universe came into existence by a natural process. When we examine the evidence, we find that the universe began during a moment before the physical laws existed. Despite this, the process which would permit life on earth much later was clearly guided by a power of incredible intelligence and engineering prowess.

A third pillar of empirical evidence that is presented to us is the unparalleled record of Jesus’ life that has been preserved for over 2,000 years. What these men wrote about Jesus has survived time and decay as a precise record that matches our New Testament today, virtually unchanged. When we examine the person of Jesus Christ, it is then that we begin to see just why His life and message is singular amongst all the gods and religions of the world.

There is a visible characteristic of pride that is present amongst a majority of religious leaders. The presence of this attribute is one of the reasons that so many people are turned off by church or religion. The pretense of many men and women who espouse religious principles, from their great arrogance, is a tremendous obstacle for many people.

When we examine the words and manner of living for Jesus, we see something completely different. Although we learn much later that He believes Himself to be God, in every area of His life in which He presents Himself to us, we see a deep and abiding sense of humility. If there was anyone who had a right to pride, it would be God; and yet, we notice that when He comes to reveal Himself to us, it is with a profound meekness, as He submits Himself to death for our salvation.

This book is the result of 43 years of research, writing, and teaching and presents facts that most people have never heard or considered. This work was written for the purpose of giving you an intellectual, evidence-based reason to believe that Jesus is singular and transcendent above all others.

This book presents facts that most people have never heard or considered. This work was written for the purpose of giving you an intellectual, evidence-based reason to believe that Jesus is singular and transcendent above all others.

Previews Of “Why Jesus Is God And Others Are Not” 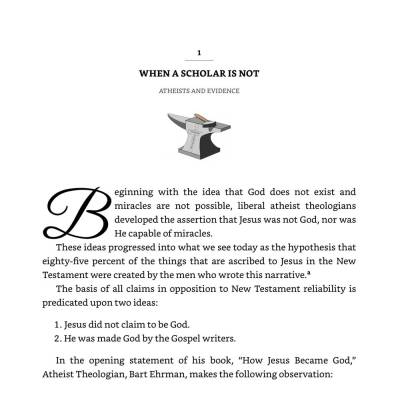 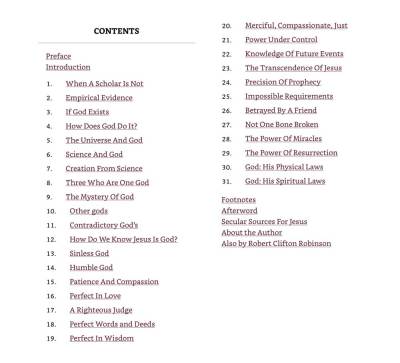 Like Loading...
‹ Why It Is Illogical To Debate The Assertion Of Atheism: “There Is No Evidence For God”
Why It ‘s Important To You That Jesus Is God ›